The Tek Ceiling is the fifth and final unlockable ceiling. A ceiling provides protection from the elements, giving bonuses to hypo and hyperthermic insulation.

A Tek Ceiling requires placement on a

Foundation, or another ceiling.
Once the first Tek Ceiling is placed, subsequent Tek Ceilings can snap into place along the first one, allowing them to line up, provided that there is adequate room to do so.
A ceiling requires support from a nearby foundation or pillar in order to be placed. The ceiling can only be placed up to 2 ceilings away in any direction on the x or y-axis, and up to 1 ceiling away diagonally from a wall or another ceiling that is directly above a connected foundation or pillar. The ceilings on the far ends of this setup will not be able to support walls. 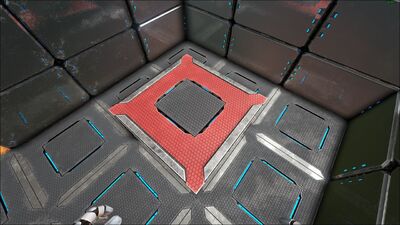 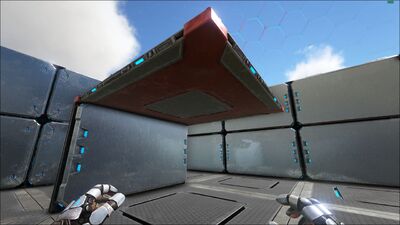 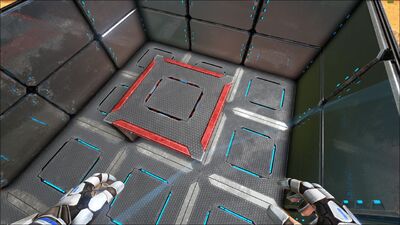 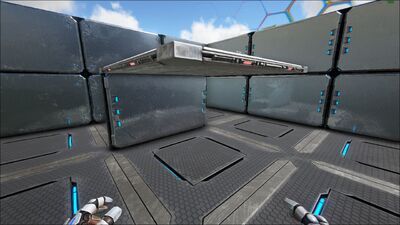 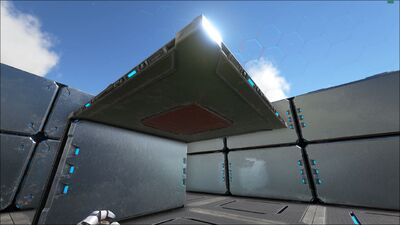 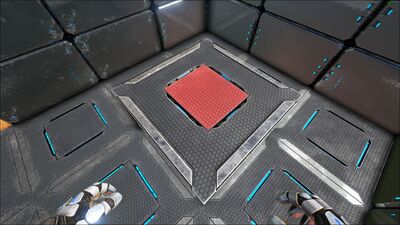